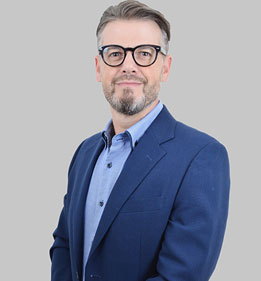 A franchise specialist, experienced in developing and operating franchise food and beverage businesses in France and the Middle East for the past 22 years.

During his career, Frederic created several F&B concepts and developed their franchise programs including franchise manuals and SOP, training programs and marketing plans.

Frederic also worked for many years in various senior management roles and has represented and developed many international brands across the MENA region and Africa with Tim Hortons (The Canadian multinational coffee chain) as an example.

Frederic is currently offering his training and consultancy services to European franchisors to enter the Middle East markets. His programs include pre and post opening hands-on operational support to franchisees from project conceptualization, customization, managerial support and audits.

In his franchise expansion and acquisition programs Frederic focuses on low start-up, small and micro- franchises with innovative concepts to contribute to the sustainable success of local entrepreneurs and to support nationwide economic plans.

Advertise with us - Your Blue Ocean Strategy for Franchise Marketing
Join Our Training and Consultancy Team
Sponsor a Training Program
This website uses cookies for web analytics and marketing purposes. You can block saving cookies to your hard drive at any time, by changing the settings of your web browser. By continuing to use this website without disabling cookies in your web browser you agree to saving cookies to your hard drive. Learn more in our privacy policy.OkPrivacy policy